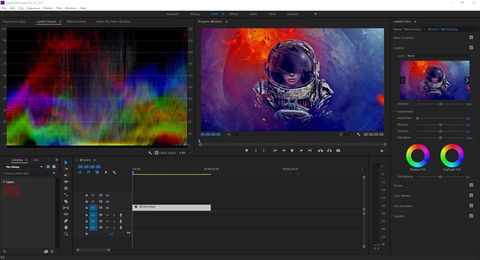 Living in a digital age, animated content is now not only used in the entertainment industry but it is also gaining popularity as an effective marketing tool. The use of animations in video marketing conveys that the domain of animations is certainly very vast. From 2D animations to 3D content, you have countless options to choose from, however; many individuals have the perfect concept for their animation video but they do not know how to create one. For that purpose, the emergence of animation software and tools helped them produce quality content to befit their preferences.

You do not have to be a professional animator to use these tools as all you have to do is follow the given guidelines and you will master the notion of animation creation without any hurdles. In this article, we are presenting you with top 10 video animation tools and software that you can use to create contemporary videos. The use of these tools results in an Animation Wonder, one that allows users to see beyond and in-depth.

Bryce, an animation, 3D modeling, and rendering program that is unique to its capabilities in fractal landscapes. With first appearing in the commercial world in 1994, Bryce was platform specific to Macintosh. Bryce was released under critical acclaim from designers and still remains to be one of the best animation software, one that relishes its position in the market as having one of the simplest and easiest to use user interface.

Used for both static as well as animated 3D rendering. LightWave is light years ahead of its rivals in terms of rendering speed, supporting an engine that allows quick and seamless renderings even on features that are excessively advance like, caustics, radiosity, and reflection. LightWave also allows the user to use both subdivisions as well as polygon animation, this fact alone puts LightWave as a standalone animating software and in a league of its own.

Brought to us by the Toronto based developers, Side Effects Software. Houdini as the name suggests, is a 3D animation software that has applications of various sort and with results that are of magical in quality. Using the PRISMS suite of procedural generation software tools by Side Effect was adopted Houdini, they made sure to build a software that standouts as one that provides unique detailing in procedural generation software tools. Houdini also has a free version that is available for non-commercial use called Houdini Apprentice.

A 3D animation, modeling, rendering, and motion graphics application built by the brains at MAXON Computers is CINEMA 4D. Built by MAXON in German for AmigaOS, MacOS and Microsoft Windows operating systems. The software is highly capable of producing, both polygonal and procedural modeling as well as allowing in-depth edits and detailed editing in animating, texturing, lighting and rendering. Cinema 4D is available for purchase in 4 forms; Prime, Broadcast, Visualize and Studio, with all four variants having distinguishing and unique functions and applications.

Autodesk 3ds Max also known as 3D Studio is a 3D computer graphics program that is professional in its standards and allows users to create animations, renderings, models and various other 3D CGI. Autodesk 3ds Max is built to provide its users a very flexible user interface, on that is highly customizable. It can only be used on Windows 7 and all later versions, which is one drawback that we can easily ignore due to the sheer capabilities and resulting quality of the software itself.

DrawPlus, an animation studio that is available for purchase as DrawPlus X8 but also comes as a Starter Edition which is completely free of cost. DrawPlus is purely an animation studio that crowns itself as one of the very best in 2D graphics. Vector creation and editing are the real USP of DrawPlus, from realistic watercolors to very high-quality brushes. DrawPlus has a lot to offer to any user that is interested in creating professional 2D vector graphics.

A 2D animation software, Digicel FlipBook was created to provide users with an animation style that is as close to the traditional and non-digital form. Flipbook the creators of Digicel Flipbook wanted to stay true to the traditional ways of 2D drawings and wanted to bring it to the digitized word, hence creating a unique animation studio that is easy to learn for anyone that is a hand drawing artist and/or otherwise.

TVPaint Animation, available on Microsoft Windows, Mac OS X, Linux, Android, AmigaOS (from v1.0 to 3.59) is a paint software and 2D digital animation package. Developed by TVPaint Developpement SARL, the software is unique to its creation as it is one of the few that supports almost all of the operating systems that we surround ourselves within the digital world. Over the years TVPaint Animation has been used in the completion of many movies and animations that we see on TV and otherwise.

Opentoonz or Toonz is one of the only few 2D animation software available now that is open-source. Users can buy 2 versions, Regular, and Premium with the premium being the more professional of the two. Toonz over the years has been used to create some of the most famous cartoons that we have seen on the television.