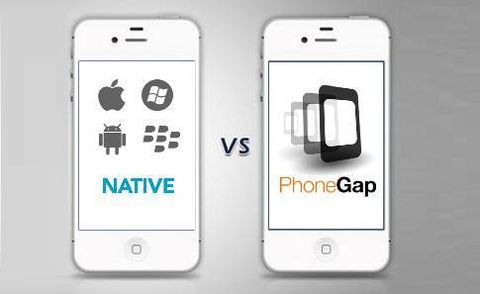 Over the past few years, mobile app development has reconstructed its history and has seen various stages of transformation. What's next is still a question for everyone, even for the people in this industry. It is still a crucial task for the businesses to decide whether to invest in the native mobile applications or try developing hybrid apps. A balanced decision can only be made by measuring all the merits and demerits of native and hybrid apps. Before proceeding towards the segment of comparison, let us first understand both these terms technically.

Native mobile applications are developed for pre-defined mobile platforms and are coded in a specific programming language. A native app is installed directly on the mobile device and such apps also have an access to phone's various devices such as camera, GPS, Address Book. These are available in the local app stores and must be approved by the app marketplace.

Let us now take a look at the various factors which provides aid to the decision of choosing one out of these two options:

Native apps are better in terms of performance; they are more responsive and are more reliable, a user can navigate the app without any unusual delays. They are fast, polished and electric and have access to the device features. While using Hybrid apps, the user may notice delays which ultimately results in non-responsiveness of the app followed by force-shut down. Just to quote a few examples here, some areas where the user may notice interaction delays are clicks, scrolling list and animations. Native apps usually response in one click on the other hand hybrid apps sometimes needs more than one click to respond. Same is the case with scrolling list; with native apps the list seems endless, on the contrary; hybrid apps eat much more time to load the list.

One of the most important reasons due to which people prefer Phonegap over Native apps is to accelerate the development. People who have a working experience of JavaScript, HTML or CSS presume that they will be able to build the app in a small amount of time and will be able to launch it over multiple platforms at the same time. Whereas native app development needs to be worked upon differently in different OS, which largely means doing the same thing again and again for all the different platforms. More challenging part of this task is the testing, as the different OS platform supports different HTML features and API's. This in turn leads to duplicate efforts and results in more time consumption as compared to Phonegap.

The current statistics say that the presence of JS developers is much more in the market than an Objective - C developer for iOS. A general theory of price and supply from economics apply here, the more the availability the less the price, means it is pretty much cheaper to hire a JS developer as compared to the native app developers. If you need to support both Android and iOS, you can hire two JS developers who can help each other out, while in case of native app development every developer need to work independently. 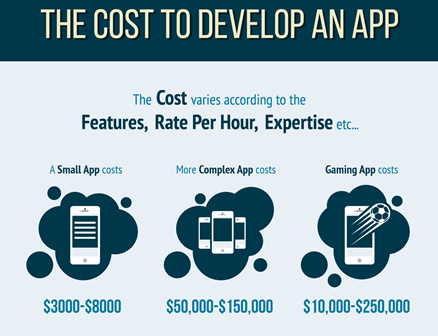 This is something which completely depends on the framework, if the developer has used the right framework while building, an app would be much easier to maintain and will look great. Hybrid/Phonegap apps provided the developer the leverage to choose amongst a variety of frameworks. If the most apt framework is not chosen for Phonegap apps and if the code is not written properly, the app will not be able to sustain. It is much easier to maintain HTML, CSS and JS than any native app technology.

The most important advantage a Native App has over Phonegap app is the non-usage of Internet. Not all the Native apps function without an internet connection, but they certainly do, whereas for Phonegap apps Internet connection is a requirement. These apps do not possess offline capabilities.

There are not much reliable tools available for hybrid apps which can help with the debugging and fixing issues. Thus, sometimes it becomes a pain in the neck and may even consume more time than developing an app. And if we talk about native apps, better development environment and tools are available for testing and debugging the work, which makes it more convenient for the developer to fix issues and that too in a short span of time.

Native apps are considered more secure, as they can provide better security environment depending on the requirements of the project. In case of a hybrid app, if an app needs to be more secure, the developer should ensure that he is tapping on all the security features available in the given environment. When it comes to resources, more support and resources are available for building native mobile apps as compared to the Hybrid ones.

Considering all the above quoted factors, it becomes a tough job to decide which option is better; it certainly depends on the requirement of the app to be developed. Both the options has its pros and cons, if the requirement is to develop a better user experience and has an allocated budget native seems to be a better option. If the project has a budgetary limitation, strict timelines yet is very simple to develop, hybrid app may prove to be a better choice then.