How To Develop An Android App Via DrupalGap 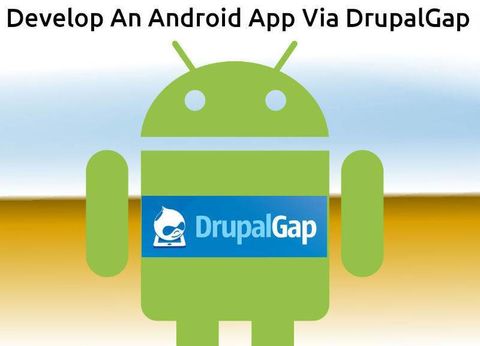 Drupal is a wonderful web development tool that has interestingly evolved as a versatile tool to cater to the growing demand for mobile content support. The significance of mobile presence is no more hidden from anyone. Before diving into mobile app development process, it is better to streamline your choice and find out which type of application will more benefit your business.

Since, there are three options available including, Native apps, Mobile web apps and Hybrid apps. There are several app developers available out there who can help you accomplish your project with greater proficiency. Each type of application offers certain merits and demerits.

Let's consider them individually to understand their distinct features.

However, if you are interested in creating a mobile application that implements Drupal as a content store, the native applications stand out to be a viable choice. This is because the low network speed and poor mobile browser attributes can create performance bottlenecks for the mobile web apps featuring Drupal content.

How to Create a Native Android App via DrupalGap

There are several tools and frameworks available out there that facilitate simple and efficient development of Drupal powered mobile applications. For instance, DrupalGap is open-source development kit that helps develop a native mobile application. It features Drupal, jDrupal, jQuery Mobile and PhoneGap. There are basically three major components that are included in the kit. It contains:

Let's ponder into the functioning of PhoneGap.

What it does is, it just accepts the JavaScript, CSS and HTML as input and compiles it as the mobile app for the targeted mobile platform (either Android or iOS). In order to facilitate access to the native features of the mobile devices like camera, GPS, contacts, etc., it uses JavaScript that augments easy accessibility.

Now, here is a step-by-step guide that will help you develop a mobile application via the DrupalGap.

For the folks, who already own a spectacular Drupal-enabled website, they can directly move to the next step, and those who want to create a Drupal website can reap the benefits of the plentiful resources available out there and create a website in just a few minutes.

By enabling the DrupalGap Module, you can ensure convenient communication between your Drupal-powered website and application.

Here, you are required to create a mobile app development environment to support the execution of DrupalGap. The environment could be same as that possessed by PhoneGap, because DrupalGap implements the PhoneGap.

After following the aforementioned steps precisely, you are done with the native mobile application development.
Your mobile application is ready for execution. Load the application and run it to ensure its smooth and consistent performance over mobile devices. If it is running without any hiccups, release the app publicly in the targeted app store. To ensure a wider audience base, it is advisable to create apps for both iOS and Android devices, as these are the two leading mobile platforms that are most admired by the majority of the population.

Author Signature: Lucie Kruger is a Senior Content Editor and IT consultant for Mobiers Ltd, which offers the mobile app development services. She provides concrete information on latest technologies like iOS, android and mobile technology.