How to Choose a Programming Language ? 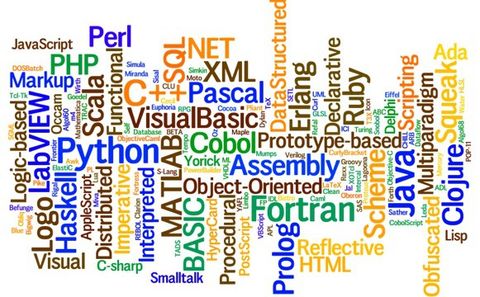 While math is a subject dreaded by many students, those who are good at it, and who are willing to put in the effort, can look forward to a wide variety of different career opportunities, some of which can be very lucrative. Apart from being able to become mathematicians and physicists, math whizzes can also study to become mechanical, electrical, or software engineers. Companies like Google, Facebook, Amazon, or video game developers are always on the lookout for top talent in the industry, offering great working conditions and fantastic salaries.

But, before students can actually get there, they need to learn how to code, which is a challenge in itself, but there is the issue of deciding which programming language they should go with. Since there are so many to choose from, students could use some programming help and advice, which is why the following list contains 6 of the most relevant programming languages, along with all of their pros and cons. Keep on reading.

Most people don't realize just how broad Java's range is in terms of application. Everything interactive on the Web, such as playing games, chatting, uploading images, or browsing virtual panoramas, is created using Java programming language.

Also, most Android developers swear by it when they are developing new applications. We should also mention that Java programmers are among the best paid employees in IT.

Even though it's one of the oldest programming languages, it has been slow to change, which enables students to take their time and master it, either by looking up Java help, Java assignments and Java homework examples, or by signing up with some of the learning platforms online, such as Codecademy or Coursera.

Because those platforms collaborate with some of finest technical colleges in the world, they also offer Java homework help and examples taught at those very places.

PHP is a server-side interpreted scripting language that is right up there with Java in terms of popularity among professionals and aspiring young coders, which means those students who are interested in learning the language will be able to do so pretty quickly. Not just because it's one of the easiest to learn, but because they will be able to find hundreds of examples, teaching materials, and PHP assignments out there.

One of its biggest advantages is that it's free and open source, and runs on nearly all platforms and servers, which is why it is also used by the industry giants such as Facebook, Etsy, Digg, and WordPress. Don't forget that nearly 20% of the Web relied on WordPress, which means it also relies on PHP, so there are plenty of job opportunities, as well.

Although they share similar names, Java and JavaScript are two entirely different languages. JavaScript is a scripting language whose application is extremely diverse. It has its place in every single internet browser, and its library, JQuery, is used by over one fifth of the top million websites currently online. It is used to determine the behavior of interactive website components, such as forms, as well as when designing video games and different types of desktop software.

Those who want to learn it should cut their teeth on HTML and CSS first, because they will transition to JavaScript more easily afterwards, instead of being confused by JavaScript homework assignments found virtually everywhere.

SQL is not a programming language in the traditional sense of the word. Instead, it is a tool and a way of interaction with databases through queries. SQL is also one of the best starting points for coders, and offers one of the highest chances for future employment. Through SQL homework assignments, students will learn how to create, delete, and update database records, retrieve and insert them, execute queries against a database, and manage databases themselves.

Although it was created at the end of the seventies, SQL is still being used today and it is showing no signs of slowing down, with many different SQL programs available, the most popular of them being MySQL, which is free and open source.

As a programming language, C is considered a building block for learning most of the other programming languages, such as C++, C#, Java, and Python. Once students wrap their heads around C's syntax, they will be capable of tackling more complex C++ assignments. Apart from being used as a foundation, C has found its application in embedded aps and operating systems.

C++ is the more practical of the two, as it is used to develop Windows, Linux, and Android apps, as well as video games. This is a programming language that is used by the likes of Firefox and Adobe, and is supported by Apple, Android, Windows Phone, and even Blackberry.

Python is a high-level scripting language that can be used to create anything from GUIs, to server automation and development of websites, games and apps. It can also be used on its own, or with Django, for instance. Python is responsible for making sure that services like Instagram and Pinterest run smoothly, and is used by NASA, Google, and Yahoo. Because it is capable of wearing many hats and because of its simple syntax, it is a favorite among students, because they can quickly learn to solve Python homework assignments.

There are plenty of opportunities for students to learn any of these programming languages through forums, and books, and workshops which offer help with programming homework, among others. Programming homework is also a lot more stimulating and exciting than the average student assignments, and provides a good foundation for those students looking for a career in IT.

About Author: Julie Martin is a student from California University, a heart of modern technologies and innovations. She knows how difficult for students to choose the right major. This decision will influence on students' future career and life. In her article Julie describe the most popular programming languages and what to expect from them - who could be your employers, what kind of programming homework help students will need, what exactly they will do on classes and so on. Follow Julie on Facebook to know more about career opportunities for students.