How AI is making An Impact on Web Design Industry In This Digital Era? 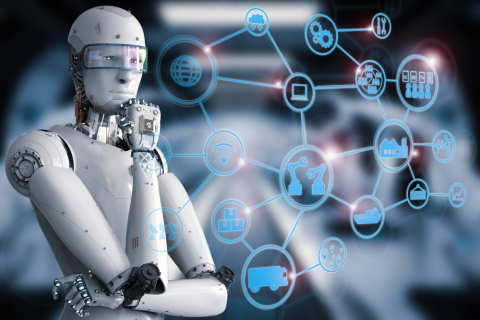 Artificial and Intelligence are two different words yet the combination and integration have changed the world all around. The concept of machines was introduced to make the human efforts to be minimized and to make it easy for them. This was how machine did take over the world and things became easy, effective and faster. This was the reason that machines became an important part of life. But what it lacked was the intelligence and thinking ability and that was where humans did had an edge. But then artificial intelligence came into existence and this was where better thinking and faster operations were brought together. This became the rationale of AI being regarded as one of the best developments that world has seen through the hands of technology and it is expected that we will see enormous new developments due to this artificial intelligence. It is too wide to cover all the impacts that artificial intelligence has made to this world and getting all of them to be listed in a single blog is impossible thus today out here we will only focus on how artificial intelligence has impacted the industry of web design.

The face of modern web designing is in the myriad of AI tools. The artificial intelligence has become an integral part of the designing process. What we see today are beautiful and elegant designs. The world has seen that AI has made people rely on machines and computers and now people in the field of designing work on the machines for better thinking and processing of the data. AI makes the user experience to be increased by analyzing their preferences. This is one of the most important things in the world currently. To make the experience of the user to be supported by their preferences is what the business world is trying to get done. This has been evidently and efficiently done with artificial intelligence where it analyzes the preferences according to the gathered data and brings out the best result.

AI as Better and Faster Designer

When we are discussing the impacts of AI's impact on web design industry we can not neglect to explain what professional designers were to a field of designing. Before the AI came into its existence and started changing the field there were professional designers who helped people make amazing and professional web designs. These professionals were masters at their work and were making the contemplation on bringing help to the people who didn't have any idea of the designing field. However, a few things that people didn't like about the professional designers was that they required a lot of money as well as sometimes the work was not effective and then AI was introduced in the world. The first points that AI catered in the field of web designing were giving people a chance to not rely on professional designers. It made people come up with the idea that they can design their required things on their own. The AI-powered free online logo creator tool and web design tools were made to be induced in the world. These tools allowed people to design the logos and webs with ease on their own. That meant that what required like days was now possible in just minutes. This did completely change the course of the field of web designing. From design an entire web to create a custom t shirt, everything was now on the hands of people who didn't even know designing was able to do it for themselves. This was how AI supported tools made people powerful to get their things done with depending on the professionals.

As mentioned adore costs were one of the major factors that made the world to think about something that could replace the professional designers and AI targeted the same. It made the costs to be decreased and even offered free logo maker to the people around the world. This was a great development in the course of designing. But the question was raised about the creativity being implicated in the logos that were free or cost-effective and AI proved that too. The technology that was meant to bring cognitive abilities to the machine did always had innovation and creativity on the cards. AI for sure didn't disappoint people and brought people to designs and logos that were really creativity. I at a number of times have contemplated on using AI to make the implications on getting designs through AI-powered tools and I haven't been left disappointed even for once.

AI is more about making things for the future then it is about making things for the present. It has always contemplated on using the acquired data to make a thing that will be seen ahead. Today, the customers or users have done this so they would like this to happen next. It is totally about predictions by using the data and it has made the field of designing to have the benefits through the same. Today the users have liked low costs than in the future they would like getting free designs and then AI made it happen. This is how AI has been supporting the world. Through its ability to think and predict it is making things better, faster and effective with minimum chances of errors. But isn't this a visible reason for replacing humans? I mean as professional designers have been replaced then possibly we see other fields also having the same impact? This is probably what all the debates about AI have been revolving around and I see a point there. On the one hand, where it is making the world effective, better and faster there, on the other hand, it is making the way difficult for humans.

But this debates are happening since years and we haven't been to a conclusion yet, Will it ever have a conclusion is the real question here.