Future of Online gaming in the browser 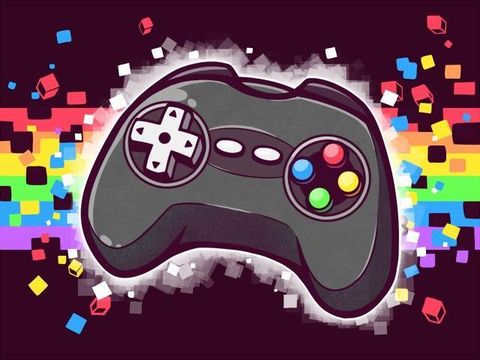 For the past four decades, gaming consoles have been synonymous with quality gaming. The journey from clunky gameplay and patchy graphics to high-end life-like virtual reality gaming has taken place through gaming consoles. Even today, gaming on smartphones, mobile devices, and even web browsers is considered to be inferior, while console gaming is considered to be synonymous with hardcore gaming.

However, technological innovations, changing consumer preferences, and evolving strategies of game publishers may make gaming consoles obsolete, while browser gaming may become the next big thing in the gaming industry.

Browser gaming - popular for a while now

Over the years, online gaming has evolved and has become sophisticated and advanced enough to appeal to even serious and hardcore gamers. Games like World of Warcraft tested the waters by moving beyond the tried-and-tested RTS genre to become a multi-player role-playing game on the internet. While web browsers may not currently be good enough to power top-quality games, there is a growing realization that modern web browsers have the potential to become the future of gaming.

Unlike the past, big names in the world of technology and internet are working on converting the modern browser into a high-end gaming console. Mozilla, the developer of the highly popular Firefox web browser, has already proven that games powered by the Unreal Engine 3, which is the same engine used in high-end games on gaming consoles and mobile devices, can be played through the Firefox web browser on a typical computer.

Furthermore, Mozilla, in partnership with Epic, the developer of Unreal Engine 4, an improved version of Unreal 3, has demonstrated that the Firefox web browser can support a gaming experience that is almost at par with high-end gaming consoles. The browser's inability to operate at the same speed as a native gaming console has been the biggest impediment in the growth of browser gaming.

Instead of Flash, Mozilla has relied on the Java Script language, a JS code optimizer called ASM.js, and a JS compiler named Emscripten to ensure a high-end gaming experience in the browser that nears the performance of gaming consoles. Although gaming consoles are faster, the numerous advantages that browser gaming offers may cause gamers to dump consoles for web and browser-based gaming.

Impact of browser gaming on the gaming industry

Even if browser gaming fails to catch up with console gaming, there is a growing realization that the former offers numerous advantages that the latter just cannot match. Since the bulk of online surfing takes place through browsers, a browser-based game is more likely to go viral. Inviting a fellow-gamer to try the game will involve nothing more than accessing your social media profile in a new tab. A game that goes viral allows game developers to generate good returns on their investments without having to spend a lot on marketing and advertising. As of now, browsers are more likely to facilitate word-of-mouth publicity for the game as compared to other options, including gaming consoles.

Secondly, gaming through web browsers will free gamers from the necessity of choosing a favorite gaming platform. Serious gamers often face situations where they cannot enjoy a popular game simply because it is not compatible with their preferred gaming console. Playing through a web browser will offer a platform-independent gaming experience where gamers using Windows, Ubuntu, Apple, and Android-based operating systems can play the game together without any issues related to performance or compatibility.

Thirdly, for every blockbuster video game that is best enjoyed on a gaming console, there are numerous popular games that can be easily played through a web browser as well. If you consider the variety of choices available for browser-gaming enthusiasts, then it can even be said that the switch to browser gaming is already underway.

Fourthly, even gaming consoles like the PlayStation 4 are relying on customized versions of the WebGL platform in its user interface. Currently, game developers are focusing primarily on consoles. As browser-based gaming becomes more popular, you may witness a paradigm shift in the way game developers and publishers focus on the development of new games. A look at Bobby Kotick presentations clearly shows that game developers attach top priority to the overall quality of the gameplay, and seek to provide a realistic gaming experience to gamers. With browsers offering speeds at par with native consoles, industry leaders such as Bobby Kotick, CEO of Activision Blizzard, may no longer be hesitant to throw their weight behind this new technology.

For gamers, the switch to browser gaming is a controversial topic that evokes volatile reactions. For those who identify quality gaming with consoles, the focus on browser-based gaming often seems like an ill-thought out strategy that is nothing more than a fad. For younger gamers who are used to playing games on consoles as well as browsers, the change represents a significant opportunity, albeit with its own challenges and impediments.

With technology moving towards wearable devices, a gaming experience where your choice of platform is irrelevant can be a huge positive. The idea of a multiplayer experience with gamers accessing and playing the game through desktops, laptops, tablets, smartphones, and even wearable devices is generating a lot of excitement amongst gamers, young and old.

Considering that video gaming is a ritualistic and almost-obsessive activity amongst youngsters, the idea of iconic consoles made by Sony, Nintendo, or Microsoft becoming obsolete can seem like a tragic loss for the gaming community as a whole. However, such a change in course is likely to propel the gaming industry to newer heights. Furthermore, it is unlikely that gaming consoles are going to die without a fight. Manufacturers may rely on innovative strategies, including those designed to incorporate browser gaming within the console to stay relevant for the modern gamer.

Web browsers have already become an integral part of the modern gaming experience. Today, browser developers are merely trying to cater to gamers who want to enjoy high-end gaming experiences within the browser. Considering the immense advantages of this change for technology developers, game developers, publishers, and individual gamers, the gaming battle between browsers and consoles is likely to be an epic encounter.