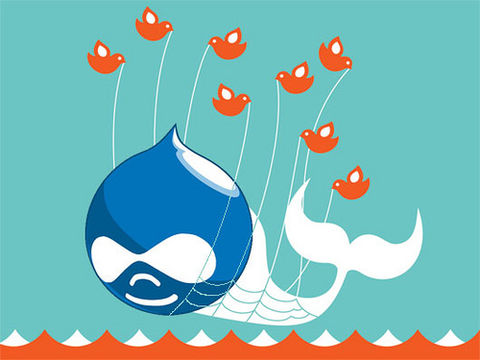 Game development is becoming the hottest thing today. It is a career; actually it has always been a career. The people who developed games like chess, checkers, scrabble and even the league games were highly respected. Nowadays though, game developers are considered geniuses because there is a healthy amount of computer knowledge that is needed to achieve that. People are making games every single day but only excellent ones become famous. Think of games like Angry Birds, Temple Run and Subway Surfers - these are games that have everyone across the world super excited.

Bring in the iOS platform

Apple's on-line app store is probably the only mobile platform that is stacked with a whole lot of apps that are extremely powerful. It is uncommon to find iOS apps that have poor graphics or those that are not performing well. They might be there but very rare. The same is the case with games. If you are a game developer and you want to create a game for Apple subscribers then you will have to brace yourself for extremely tight competition.

The same is the case if you are creating a game for Android or Windows phones. You can get away with graphic mistakes here and there but not for long. iOS is a high-end mobile platform. It really does not make sense to have a powerful iPhone 6 yet you have an app that is full of pathetic graphics and a concept that is just off in all possible ways. Creating a game for iOS is almost the same thing as creating a gaming website on Drupal.

Drupal is a content management system that many website owners are going for nowadays. People are waking up to the revelation that Drupal is not as difficult to use as they thought. The problem with Drupal is that it lacked the many sources of information and help that other content management systems like WordPress have. Slowly but surely the Drupal community is growing. The White House website is based on Drupal and so many other sites have this system as their CMS. Game developers are creating gaming sites on Drupal as well.

Building a fantastic game for iOS

Again, consider the games aforementioned, what characteristics are common to all of them? There are several things that you will be able to come up with when you critically analyze those games. No need to do all that though, a superficial analysis will do the trick. Without getting into the technical details concerning game development, here are some of the things that you can focus upon. If you are a first timer in iOS game development or you want to create a cool on-line game on your Drupal site, these are tips that will help you out.

You might have a game with fantastic graphics but then the concept is shallow. Why do you think that people would rather lose sleep than fail to complete a level of Angry Birds? Or why do you think that people can get so angry and break their phone because they are unable to meet their targets on 'Flappy Bird'? The concept behind these games is what many avid gamers would call flawless.

When you are developing your game, you should first start out with creating the concept for the game. What is the game about? What are the goals and rewards of playing the game? As the Flappy Bird developers have taught the world, the concept does not have to be complicated. The goal is to make the bird fly through as many obstacles as possible and beat a high score. How do you get to do that? It is only by touching the screen of your phone. With a fantastic concept people will even pay to get your game.

Once you have the game's concept in mind then you can progress to start the design work. Now this is where all the drama usually comes in. In the planning stage you will have come up with everything that you would like to do for your website. The next thing you will have to do is create a prototype. You test out the core mechanics plus the features of the game. This will be of great help in working out any balancing issues.

Prototyping will help you to clear up your wide array of ideas. There are so many ideas that you have in your racing mind. When you create a low fidelity prototype you will be able to chunk out what could potentially fail to work. It will also tell you whether your game will be fun because if it is interesting as a prototype then definitely it will also be interesting when it is completed.

Since you are creating the game for iOS then you will want to get the right development engine or a programming language that will work best for this particular platform. Cocos2D is probably the most popular game engine on iOS.

Of course you will not create the game and then keep it on your computer for you to play alone, right? You should release the game and also market it. This is the last step. However, a tip that you can use here, let your work simmer. You do not get food right from the stove and serve your guests. Keep the game for a while before you release it. During this time, play with it and make sure that everything is working seamlessly. This is the only chance you have to make corrections to errors that you might have made when coding.

Creating a game for iOS users should not be a problem. When you check some of the most popular games, you are bound to think that it is such a complicated activity. However, you can get started in game development without knowing anything about coding. Do you have an idea of a game that people would want to lose sleep over? It is about time that you get down to the business of developing it.