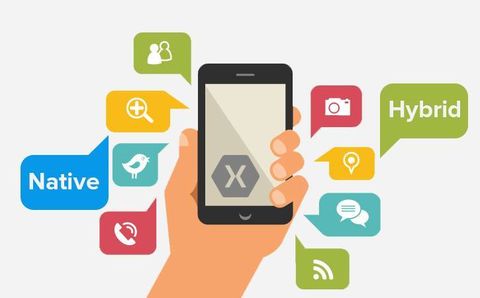 Native apps remain specific to a certain platform and can work on that particular platform only. These apps are different for different OSes such as iOS, Android, Windows, & Blackberry. When it comes to iOS, native mobile apps development takes place in Objective-C & Xcode. In case of Android, it is Java & Eclipse. These apps utilize the inbuilt features of that particular OS delivering an optimized performance and quality viewing. They cannot run on any other platform.

On the other hand, HTML5 enabled web apps are the cross platform apps created using HTML5, JavaScript, & CSS. They run on multiple OSes without any need of building separate apps. However, quality and performance have to be compromised largely as they cannot use the inbuilt OS features and because they are created using standard technologies.

To combine the features of both native and web apps, hybrid apps come into play that cover the strong points of both the categories. These apps are created internally with HTML5 within a native technology container on the outside. There are many platforms used to create hybrid apps. However, today we will talk about Xamarin, one of the best platforms to create such apps. Both native apps and hybrid apps have their own importance that cannot be underestimated. Let us know in detail the benefits of having native apps development as well as hybrid apps development (in Xamarin).

Hybrid apps work across platforms and behave like native counterpart. To create such apps in a renowned platform like Xamarin, developers target Mac, Windows, Android, and iOS with a shared C# codebase. With the help of Xamarin platform, developers use same data structures, APIs, and languages for different platforms. Entire apps are written in C#, and the code is shared between platforms. C# covers all the features of Java, Swift, and Objective C. Therefore, you can create similar native apps in C# with cross-platform compatibility. Moreover, what helps Xamarin in doing so, is a standard native UI as well as a native API.