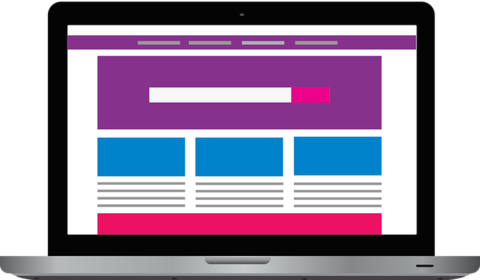 Drupal 8 has a completely different file structure. This new version is completely clear-cut and simple to understand. Here mentioned are a few tools and methods which will benefit hugely in the development of a new Drupal 8 theme.

This quote blends in perfectly with the theming and development of Drupal 8.

The default template engine in Drupal 8 is Twig. Twig is an advanced PHP-based compiled language used for developing templates. It compiles the program for once and all. One of the basic tools which can be used in Drupal 8 theming is Twig Debugging. Drupal 8 features an additional tool that permits you to locate the template that outputs the markup. Twig debugging helps the user to trace the particular template files from which the markup comes. All you need to do is enable twig debugging and you are good to go.

The output obtained through Twig debugging is extremely helpful in printing out the theme hook names, possible suggested templates names among various other things. Once you have written your own theme hook, the particular template names will feature in the debug output.

Kint is a part of Devel module for Drupal 8 which is extremely useful for inspecting arrays that sustain specific entity info, field names among various other things. Kint is quite invaluable if you wish to go into the depths of theming, specifically for writing custom preprocess functions, developing variables and theme hooks. With the Krumo library out of form, it is getting outdated. In such a situation it is quite likely that Kint would take over its market in no time. Using Kint search we can easily search for the path and thus copy the path for region name definition.Remember that Kint is not under GPL license thus you will need to run it on GitHub which would certainly demand some changes in Drupal and thus let you use Kint as a library.

Search Kint for Drupal 8 owes its origin to Search Krumo present in Drupal 7. It expands Kint by providing two additional functions which save your time. The first function is a search box which comes along with a select list to search any arrays present on the page whereas the second function is a "get path" box, one which can duplicate an array path. With this being done you no more have to make a presumption about the array. Thus Kint does a much better work than Krumo ever did.

The popularity of Drupal Console in the market is increasing day by day. The reason behind its popularity is that it can execute dozens of Drupal 8 tasks quite efficiently in the Terminal. It's quite user-friendly and thus is hugely popular even with the beginners. Console does an amazing work in the field of import/export configuration, clear cache, generate module, and generate entities among various other functions. Console even provides an auto- learning option which acts as a self-guide to the beginners, thus benefiting them at large. It has completely overtaken Drush, which was a similar tool that operated in the previous versions of Drupal. The console is much better than Drush and gives a better performance undoubtedly.

One of the primary tool used in Drupal 8 theming and developing is Drupal Template Helper. Drupal Template Helper is a Google Chrome plugin that helps to shift the output obtained through the Twig Debugger to a Chrome web inspector tab. This tool works quite efficiently even in the other search engines like Opera. With this being done, the HTML inspection area looks a lot tidier than it did before. This module, therefore, functions as a helper module for a customized Firefox plugin that displays Drupal debugging.