10 Awesome Attributes of a successful Designer 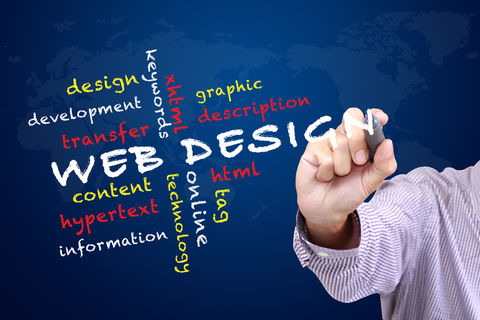 The art of web designing is very dynamic and demanding, therefore, there are so many other aspects that must be taken into consideration by new or potential designers. This is an important aspect to observe because most designers do not know about their tangible skills and, as a result, they lack the intensity or edge over other designers. These tangible skills are concerned and associated with the personality and communication skills of every designer. Therefore, the attributes other than web designing should also be known and examined by the designers in an appropriate manner.

Considering the above aspects of web designing, there are 10 best attributes of highly accomplished designers provided those are as follows.

For every designer whether he or she is experienced or fresh, this trait has to be developed by designers sooner or later. This characteristic could be defined as the phenomenon in which designers take criticism in a positive way and they try to improve their work as much as they can. This is a matter of fact every designer does not like criticism on his or her own work, but this trait is highly desirable for all designers. This is because of the reason that thick skin will play its crucial role in pressure situations when designers could be criticized and asked for more output than their normal capacity.

During this time, this attribute will keep designers motivated and dedicated with their work and they will be able to produce deliverables in the desired way. The customers are always demanding and expect extraordinary from designers, therefore, designers are needed to remain patient and consistent throughout their different projects.

For the sake of improving or attaining peaks in the area of web designing or development, a designer has to be honest with him or her. All the designers need to accept their mistakes and try to rectify their errors in an appropriate manner. At the same time, designers should ask difficult questions from them in order to make sure that they are producing quality work for this project or not. The customers' needs and requirements should also be analyzed carefully in this concern.

The designers have to develop the art and attribute of realistic approach so that they could plan in a practical way. As far as the importance of logical thinking is concerned, this could be defined according to the perception of designers as how they consider their each task and project. At the same time, this trait makes a clear distinction between the normal designer and highly accomplished designer. This is one of the influential ways through which designers can develop and plan their careers in a successful way.

This is the simple rule if designers do not show required level of confidence during the projects then the customers will also show the low level of confidence on designers. Therefore in these kinds of situations, the working relationship between customer and designer could be influenced in a negative manner. Keeping these attributes in consideration, designers should utilize logical thinking trait along with thick skin that will be helpful in improving the confidence of designers to a new level. In this concern, designers need to develop self-confidence so that they could take successful decisions at their own.

At different points of time, designers are needed to work in groups as they are awarded group based projects by the customers in which two or more than two designers simultaneously. Therefore, designers should know how to work in a group and how they can contribute in the success of group projects. They should act and behave accordingly and at the same time they have to develop effective working relationships with other designers. The designers should listen and consider the feedbacks of other designers in an appropriate way.

A designer is called great and successful when he or she is able to predict the end users needs and demands. He or she must be able to design projects according to the perceptions of the target market or customers. At the same time, a designer should be able to perceive and plan regarding the upcoming and futuristic trends that will take place in the area of web designing or development in near future.

The designers need to develop this trait as early as possible in their careers because problems and issues are the normal scenarios in every designing project. Therefore, designers will be assumed effective when they could solve or provide solutions to different issues of designing in the desired way.

A designer if he or she wants to attain success then he or she must analyze this aspect that there is no shortcut of success and hard work is the only way of obtaining long-term sustainable success. Designers are required to follow work ethics according to the needs and demands of their workplaces. They should be ready to work as much hard as possible and at the same time they must show professional attitudes towards their work and organization.

All the designers should get knowledge and awareness about recent trends and approaches so that they could develop effective and new and interesting web designs on a regular basis. The area of web designing demands creativity and designers need to use and apply innovative concepts in their designing as much as possible.

The designers in this modern era are required to be more proactive and informed about other aspects that are not related with the area of web designing directly. In order to become a highly accomplished designer, one has to follow and develop his or her own tangible skills to a considerable extent so that long term success could be attained and sustained. This kind of success will provide desired outcomes in the future for many designers as this contemporary era requires or demands something extraordinary from designers.

Author - Angelina Joseph is herself a renowned web designer who has years of experience in the area of web designing. During her professional life, she has worked in different software houses like Speedy essay | Cheap Essays in various managing positions. These days she is actively involved in providing tips and useful information regarding web designing in different online social media mediums.