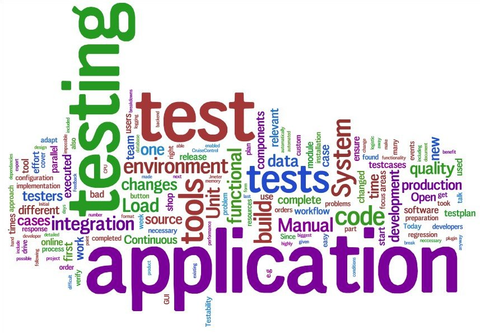 So, here in this blog, lets have a sound look on 5 top most Android and iOS application tools that is used to test your mobile applications.

Ranorex automation testing tool for Android systems is initially presented by Ranorex GmbH: known as GUI test automation framework to help developers test desktop applications, web applications and mobile applications. Every test automation project opts for robust user interface applications for reliable testing acceptance and to let developers know the maximum and maximum bugs. The greatest advantage of Ranorex is mainly due to its ability to provide similar type of test interfaces for various mobile platforms that falls into the category of iOS, Android and Windows 8 applications. This highly advance testing tool can directly be recorded on your systems by managing your application objects via powerful Object Repository systems and its highly object-based application testing flexibilities that allow testers to join mobile application objects with numerous various action items to be used in real user simulation.

ExperiTest testing application tool is commonly given a name as "SeeTest" tool which is recommended as quite a strong mobile test automation framework that is made into use to refer to test mobile applications as well as websites. SeeTest testing application tool almost works on all major platforms that includes various categories of Android operating system, iOS, Blackberry, Windows Phone and Symbian operating system for Nokia.

Robotium is an open-source test automation testing framework for Android operating system, available for use on all Android versions and its various other sub-versions, simultaneously providing full range of support to Android native and hybrid applications. This advance testing application tool helps testers to work with an automatic black-box user interface test cases and gray box test cases for Android applications.

MonkeyRunner is one of those highly advance Android testing application tools that initiates an Application Programming Interface (API) to be used for writing programs to help developers automate and control all kinds of functional test cases of Android devices. MonkeyRunner's testing tool is purely written in Python programming language where this test automation application tool doesn't support source code and this is the reason why testers don't really require much knowledge of source code programming.

Performing mobile automation testing schedules are really not that easy task to deal with as it requires a proper planning, researching, planning and practices to make the testing performance successful. So, there is definitely a need to hire a proper and right IOS and Android app developer who posses strong skills for open source testing process. A tester should posses high command over information technology skills and on various applications on which they are planning to perform the testing operation.