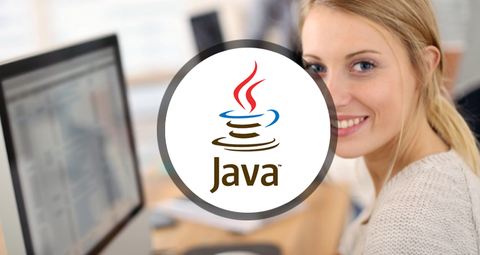 Java Programming is one of the most popular object-oriented programming languages. It is a set of software programs used for developing a software application and deploying it in various computing environments. One of the prominent features of Java is that it is platform-independent at both the source and binary levels. Moreover, writing network programs in Java is quite easy and Java is designed to make distributed computing a breeze. Today, Java language is used in an array of computing platforms, such as embedded devices, mobile phones, enterprise servers and supercomputers. Hence, a plethora of development tools are available in the market to simplify the application development process using Java. Moreover, a lot of Java tools are available to improve the efficiency of Java developers so that they can design products and Java applications with a better functionality. So, here I have compiled a list of some important development tools which are quite useful for Java developers. The list primarily contains some popular Java libraries and frameworks. Alright, so let us have a look at the 16 Development Tools for Java Developers.

Apache Log4j is a logging java library. It is useful for detecting application failures. A distinctive feature of Log4j is that it allows logging at runtime without modifying the application binary. Moreover, it also has a unique feature called as inheritance in loggers, which helps reduce the volume of logged output and the cost of logging.

Java, being an object-oriented language, represents data in the form of graphs, which shows a network of objects linked with and connected to one another. When developers use a relational database (RDBMS) instead of an object database (ODBMS), it involves representing data in a tabular format. This causes a lot of problems to arise, such as defining identity, granularity, data navigation and more. Here, Hibernate ORM comes to the rescue.
Hibernate ORM is a library which allows mapping Java classes to database tables. It enables developers to develop persistent classes using idioms, such as polymorphism in java, inheritance and association. Hibernate ORM is used in any scenario which supports Java Persistence API (JPA) specification, including Java SE applications, Java EE application servers and more.

LWJGL 3 (Light-Weight Java Game Library) is a cross-platform library, which is used in conjunction with game development Java frameworks. It offers an access to major APIs which are useful in the development of graphic, (OpenGL), audio (OpenAL) and parallel computing (OpenCL) applications.

Akka is a complete toolkit and a java runtime for developing concurrent, distributed and message-driven applications on the Java Virtual Machine (JVM). It offers features, such as asynchronous design, adaptive cluster management, load balancing, routing, abstractions in java and more. Akka is widely used by popular companies, including Cisco, Amazon, BBC and Groupon.

SWT or The Standard Widget Toolkit is an open-source widget library providing access to the user interface elements of the operating system on which it is implemented. It contains a range of widgets, such as button, calendar, list, link, progress bar, slider, table and toolbar.

Apache Pivot is an open-source platform for building installable internet applications (IIAs) in Java or any other JVM language, such as Scala, Groovy or JavaScript. It features a plethora of useful components, such as buttons, menu bars, sliders, accordions, viewports, table views and more.

Netty is a robust client-server framework for facilitating rapid development of high-performance protocol servers and clients. It is an asynchronous and an event-driven, network application framework for writing proxy servers, HTTP client and server, file server, chat server and more, which are based on various text, binary and other protocols.

Play is a powerful web framework for developing web applications in Scale and Java. It is built on top of Akka and uses an asynchronous model. Play is real-time enabled and supports various third-party Java libraries. Moreover, it offers Java support for Big Data and NoSQL, testing and build tools, popular IDEs, cloud deployment and more.

Spark is a robust framework for developing web applications in Java 8. It serves as a viable alternative to other Java web application frameworks out there, such as Play or Spring MVC. Spark allows Java developers to create web applications efficiently and rapidly without having to bother too much about writing boilerplate code. It supports a range of template engines, like Handlebars, Jade, Pebble and more.

JDOM is a Java-based DOM for representing XML files. It uses the default XML parser called as JAXP-selected parser, but integrates with Xerces, Crimson and other XML parsers easily. It has a simple java API documentation and also integrates with DOM and SAX.
JDOM is a Java representation of an XML document. It offers a complete Java-optimized solution for accessing, reading, writing, manipulating and outputting XML data from the Java code.

Jackson is a standard JSON parser library for Java. It offers a range of data processing tools for JAVA and the JVM platform, such as JSON parser, data-binding library (POJOs to and from JSON) and other data format modules like BSON, AVRO, CBOR, CSV, XML and more.

Eclipse is an open-source integrated development environment) for Java. It is considered as the best java IDE by Java developers. Eclipse offers modern features and consists of a set of modelling tools, java testing tools and a development framework.

JFreeChart is a Java chart library which allows displaying professional charts in an application. It can be used for displaying a range of chart types for both client-side and server-side applications. Moreover, the library supports various output formats, such as Swing, PNG, JPEG, PDF, SVG and more.

Google Guava is one of the most popular, open-source set of libraries for Java. It consists of basic utilities for implementing common java methods and behaviours as well as other utilities, which provide features like functional programming, caching, hashing and more. The important part of Google Guava is Google Collections Library, which is an extension to the Java collections framework (JCF).

There are many tools and resources out there for Java development which are used by Java developers. If you want to add some more names to this list then you can do so by writing the names of some new and exciting Java development tools in the comments section below. Thank you.